Flexibility and collaboration were of utmost importance when designing the Activity Based Working environment for the IT and Digital Engagement groups in DuluxGroup Australia. Situated in Clayton, Victoria, Zircon transformed this workplace into a dynamic space with timely, modern colours and adaptable collaborative furniture. 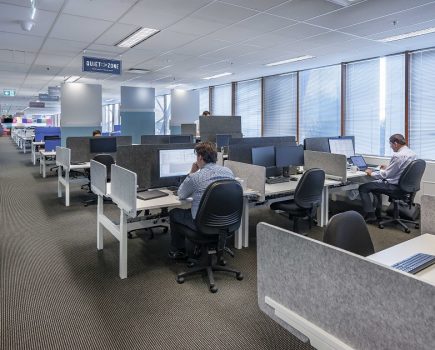 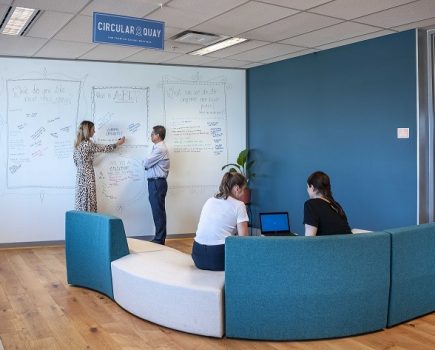 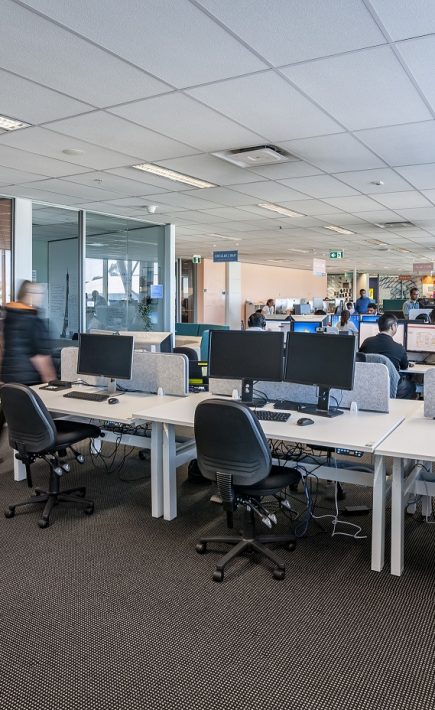 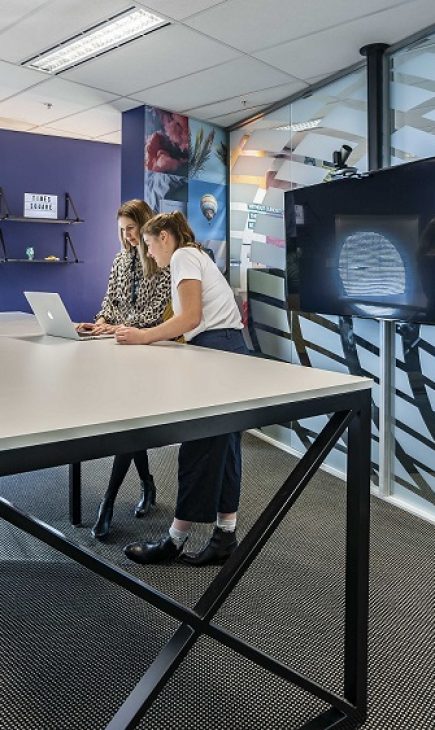 Areas which included a quiet zone, touch down and collaboration zone were introduced into the space which meant that each task could be completed according to each team members requirements.

Quiet Zone – The quiet zone means absolute silence. If you need to take a phone call or speak to someone, move away from this area.

Touch Down – This area is for people needing a workstation for a short time before moving on to another meeting or area.

Collaboration Zone – This area is for working collaboratively alongside others, whether it be side by side or on the phone.

Activity Based Working includes having a ‘no parking’ rule, as each staff member locates themselves according to their task and doesn’t have a permanent fixed desk within the office. The existing offices were all converted into meeting areas which were creatively named and fitted according to the theme of well-known collaboration points throughout the world, such as Piccadilly Circus, Times Square, Federation Square, Red Square, Circular Quay, Shibuya Crossing and Eiffel Tower.